Why OLIF rather than other fusion techniques.

OLIF is a technique using the anterior to psoas approach to place an interbody cage and bone graft in the lumbar spine. The choice to place interbody cage and graft has to be made by the surgeon after considering multiple factors in the case concerned. An interbody cage is used to achieve fusion and restore interbody height and segmental alignment. Another theoretic advantage is that an anterior cage and graft in the lumbar spine will be loaded in compression during weight bearing and this can result in a more reliable fusion rate than posterolateral fusion used alone.

An interbody cage can be placed from a posterior approach (PLIF or TLIF). The posterior approach requires mobilisation and retraction of the dural sac and only allows for relatively small cages due to the access window being limited by the neural elements. Typically cage sizes of up to 14 or 15mm in height by 26mm long and 8mm wide can be placed with TLIF or PLIF. If the endplate is breached during disc removal or if the bone density is compromised then these small footprint cages can subside following surgery and lead to recurrent stenosis or deformity.

The amount of disc removed and surface area of endplate that is prepared for graft can also be limited and can be technically difficult in a degenerate disc stiffened by annular calcification or osteophytes. Overlying the disc there exists a venous plexus that often bleeds during the posterior approach and can make visualisation difficult as well as lead to significant blood loss if not controlled.

The transpsoas approach (DLIF and XLIF) can also be used to place an interbody cage that is much larger in width (typically 18-24mm) and length (typically 45-60mm) than the TLIF or PLIF cages. This allows for a larger contained graft volume and better coverage of the endplates. This approach is from the side and after separating the muscles of the abdominal wall, the retroperitoneal space is opened to gain access to the psoas muscle and then the disc. Multiple studies have demonstrated excellent interbody height restoration and fusion rates.

The major concern with the trans-psoas approach is a potential risk of injury of the intra-psoas lumbar nerve plexus with potential for numbness or weakness in the lower limb. Neuromonitoring during the case was introduced early on in the technique and has reduced the rate of neurological injury but not eliminated it. There have also been a number of visceral and vascular injuries reported with this approach, particularly if it is performed as a “key-hole” approach without direct visualisation of the key anatomical structures. The L4-5 level can be technically challenging with this approach as the iliac crest can obstruct access in patients with a high crest.

The anterior to psoas approach has been developed with a less invasive or mini-open philosophy, rather than a percutaneous or “key-hole” philosophy. It uses the same retroperitoneal space as the transpsoas but by coming anterior to psoas it allows docking on the disc in a natural “window” that exists between the anterior major vessels (Aorta and IVC) and the psoas muscle that overlies the side of the vertebra and disc. Using this approach the disc can be removed and a large cage placed with less risk to the nerves (lumbar plexus and nerve roots) and obviates the requirement for neuromonitoring. The mini-open approach makes it less prone to visceral or vascular injury as the dissection is blunt and retractors protect the important surrounding structures once the disc has been exposed. Bleeding is typically around 50-70ml per level. OLIF is most utilised between L2 and L5 levels but can be used above L2 and at L5-S1 with variation in the technique.

The Anterior Lumbar Interbody Fusion (ALIF) technique is also very useful and is most frequently used for the L5-S1 level and the L4-5 level. For this technique the patient is laid supine and the incision is midline or para-midline in the abdomen. It uses a retroperitoneal approach similar to OLIF and trans-psoas approaches. It docks on the disc directly anteriorly and divides the anterior longitudinal ligament (ALL). It has been shown that this technique can allow the surgeon to gain maximal segmental lordosis, particularly if combined with a posterior column resection.

ALIF at L5-S1 is often quite straight forward as the major vessels typically divide above the disc at this level. The main concern during access is the left common iliac vein that lies at a variable position on the left side and can sometimes obscures the disc. It requires careful identification and mobilisation and then protection with a retractor blade and or a vertebral pin. If the vessel is stretched or kinked during the procedure then I recommend a dose of heparin (or similar) once the vessel is released to reduce the risk of deep vein thrombosis (DVT) and pulmonary embolus.

The ALIF approach at L5-S1 has been modified to be performed in a patient in the lateral position using the OLIF 51 instruments. This technique allows the surgeon to perform multiple level interbody fusions from L1 to S1 in the same position. The technique uses ALIF cages and usually requires a plate or integrated screw to secure the cage in position. This multilevel approach has particular advantages in correcting degenerate scoliosis in older patients. In some patients, the vascular anatomy is not favourable to this approach and the surgeon needs to careful select patients for this approach.

In summary, I choose the OLIF approach to perform lumbar interbody surgeon because of its versatility, lower risk of bleeding and nerve injury and superior biomechanics of the cage and bone graft placement. In particular, it provides a very powerful method for correction of deformity in degenerate pathology such as spondylolisthesis and scoliosis and it is well tolerated even in the elderly population group that require deformity surgery.

If you think you may require spinal surgery then I welcome referrals from your primary carer and I am happy to provide an objective second opinion if you have been recommended surgery elsewhere. I always recommend patients optimise their non-operative care prior to considering surgical intervention and work with other specialist and allied health to provide evidenced based care. 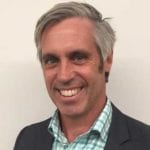 Dr David Edis is an Orthopaedic and Spine Surgeon. David’s areas of special interest include the management of adult spinal conditions as well as hip and knee replacements. He has extensive experience in all facets of spine surgery from simple to complex, covering cervical to lumbo-pelvic conditions. He is an active researcher and medical educator and believes in lifelong learning. He is constantly updating his skills and helping other surgeons. 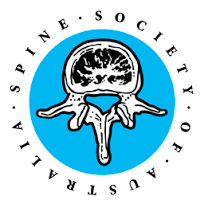 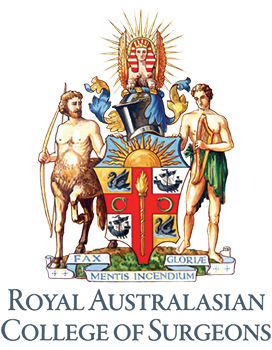 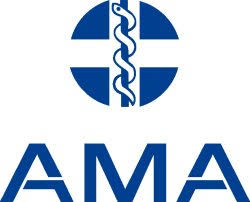